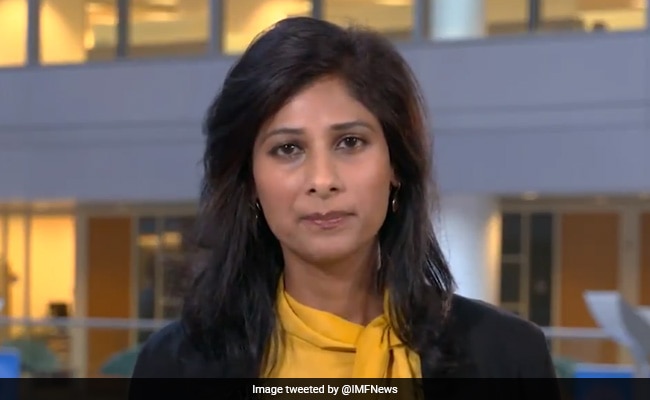 Inequality could be removed from India by spending more on education and health, said International Monetary Fund (IMF) Chief Economist Gita Gopinath told NDTV in an exclusive interview in the US. “At times, government spends a lot but it is not well targeted. Subsidies used are not well targeted. You can improve not just the amount of spending but also its effectiveness,” said Gita Gopinath, days after the IMF cut its forecasts for growth in India to 6.1 per cent in 2019 (from 7.0 per cent) and 7.0 in the next year (from 7.2 per cent).

Asked whether the rich should be taxed more, the top economist said, “India should first think about the many other ways to reduce inequality through better education and health for people. More spending on these could help in reducing inequality.” Inequality is a big issue not just in India but other countries as well, she added.

“The recent corporate tax cuts and recent policies to help rural income growth, all of these should help with recovery,” Ms Gopinath told NDTV.

In September, the Finance Minister announced tax cuts for corporates by 10-12 per cent to 25.17 per cent, a move that would cost the government Rs. 1.45 lakh crore this fiscal year. The reduction in corporate taxes one among a range of announcements to push consumer demand and revive growth.

Ms Gopinath further said that the IMF has projected the Indian economy to recover to 7 per cent in 2020, after an estimated 6.1 per cent this year. “It’s a little less optimistic than we were a few months ago. It’s down from our previous forecast,” she said.

GDP or gross domestic product growth stood at a more than six-year low of 5 per cent in the June quarter.