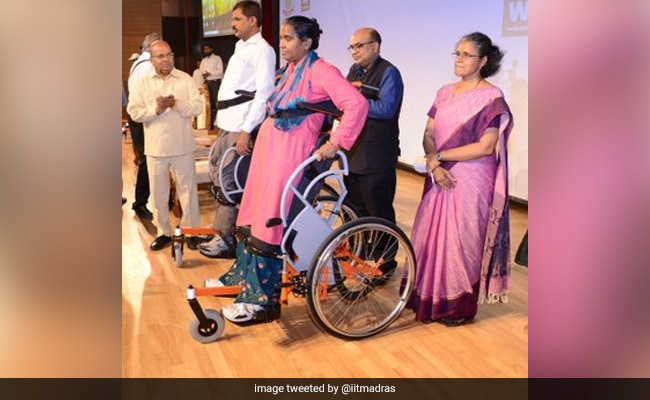 The initiative also had the support of Wellcome, an UK-based foundation, the release said.

Named ”Arise”, the standing wheelchair was launched in the presence of Union Minister of Social Justice and Empowerment Thawarchand Gehlot at the institute here.

“It enables a differently-abled person requiring a wheelchair to shift from sitting to standing position, and vice versa, independently and in a controlled manner,” a release from the university said.

It was designed and developed by the the institute’s TTK Center for Rehabilitation Research and Device Development (R2D2), headed by Professor Sujatha Srinivasan in the Department of Mechanical Engineering.

Since 2015, with CSR support from TTK Prestige,the Centre was involved in research related to human movement, influence of orthotic and prosthetic devices on human movement, and the design and development of mechanisms, products and assistive devices for people with impairments, it said.