A faculty member at IIT Madras Prof. T. Pradeep has been chosen for the Nikkei Asia Prize 2020 in ‘Science and Technology’ category. He has been accorded this honour in recognition of his pioneering work in nanotechnology-based water purification.

More than one crore Indians have benefitted from the research undertaken by the team led by Prof T. Pradeep, Institute Professor and Deepak Parekh Institute Chair Professor at the Department of Chemistry, IIT Madras. He is also a recent recipient of the Padma Shri award.

The Nikkei Asia Prizes are conferred on individuals who have contributed to the region’s sustainable development and to the creation of a better future in Asia. They are awarded annually in three areas – Economic and Business Innovation, Science and Technology and Culture and Community.

Prof T. Pradeep is credited with developing nanotechnology-enabled water filters. They have helped to deliver clean water for at a cost of just 2 paisa per litre in India. 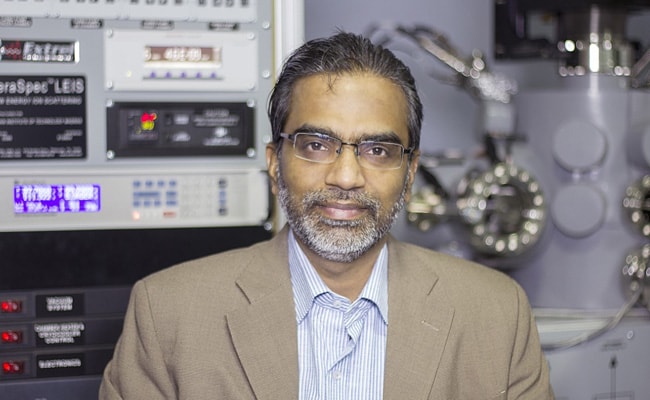 Lauding Prof. T. Pradeep for this honour, Prof. Bhaskar Ramamurthi, IIT Madras Director, said, “Prof. Pradeep has brought laurels to himself, his research team, the Institute and the country. Apart from the excellent scientific research pursued by the group led by him, Prof. Pradeep is making a huge contribution in the very critical area of clean water. The Institute is proud of the excellent work done by him and his team.”

The prize includes a cash component of 3 Million Yen and an award certificate and is scheduled to be awarded in Tokyo later this year. First presented in 1996, Nikkei Asia Prizes has entered its 25th edition.

Thanking the Institute for nominating him, Prof. T. Pradeep said, “My work is because of the intense devotion of my students, the environment we have at IIT Madras, my funding agencies and my country. It has been my dream to do something for my country.”

Prof. Pradeep is also an outstanding researcher and has won many of the coveted recognitions of the country and abroad for contributions to science. The most recent one is The World Academy of Sciences (TWAS) Prize in Chemistry for 2018.

He is an author of over 470 scientific papers in journals and is an inventor of 110 patents or patent applications. In addition to the work on advanced materials, he is involved in the development of affordable technologies for drinking water purification and some of them have been commercialized. His pesticide removal technology is estimated to have reached about 9 million people. Along with his associates, he has incubated five companies and three of them have production units. His arsenic removal technology, approved for national implementation, is delivering arsenic free water to about one million people every day.