Congress-affiliated students’ body NSUI said it strongly condemns the move to drop student representation from decision-making bodies of universities after The Indian Express reported that the final draft of the new National Education Policy (NEP) “is silent on student participation in decision-making bodies, committees, and institutional processes of a university or college”. 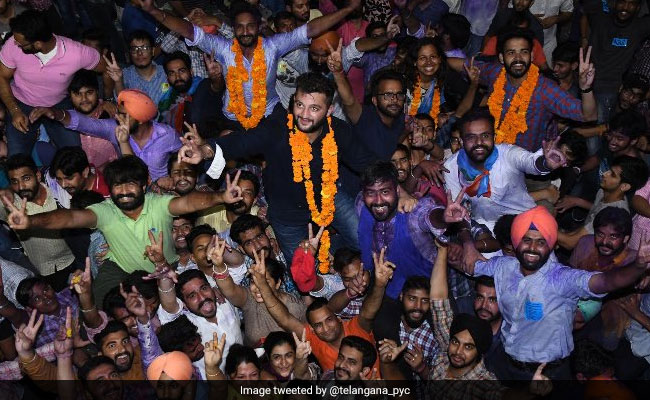 According to the report, the final draft of NEP was circulated among various Union ministries last month for feedback.

“The NSUI has consistently demanded that all universities create space for democratically elected student representatives, and that these representatives are included in the academic and executive decision-making bodies of higher education institutions. The need for this representation goes beyond questions of fees and other administrative aspects to larger questions of democracy and civic engagement,” the student body said in a statement on Sunday.

The daily has reported that the final policy draft limits itself to giving students “plenty of opportunities to be involved in sports, culture/arts clubs, activity clubs, community service projects”.

“Arguably the most important role of universities is to promote critical thinking in students and help develop a more engaged citizenry. Instead we are seeing a systematic attempt to separate the civic aspect of education from the professional under various pretexts in order to propagate a single ideology and way of thinking,” NSUI said while saying that it strongly condemns government’s attempt and will fight against it.

Prime Minister Narendra Modi on Friday deliberated on the reforms required in the education sector, including the NEP.

According to the Human Resource Development (HRD) Ministry, the NEP was framed in 1986 and modified in 1992.

More than three decades have passed since the previous policy was formulated. Keeping in mind the changes, a new education policy is needed. It was decided to usher in education reforms to create a vibrant knowledge society by ensuring higher quality education to all, this making India a “global knowledge super power’, a government statement said.

The focus was on bringing uniformity in education, providing universal access to quality education and improving the quality of elementary education through a new national curriculum framework, the statement said.

A panel led by former Indian Space Research Organisation (ISRO) Chief K Kasturirangan had submitted the draft of the new NEP to Union HRD Minister Ramesh Pokhriyal ‘Nishank’ when he took charge. The draft was then put in public domain to seek feedback from various stakeholders and over two lakh suggestions were received by the HRD Ministry about the same.