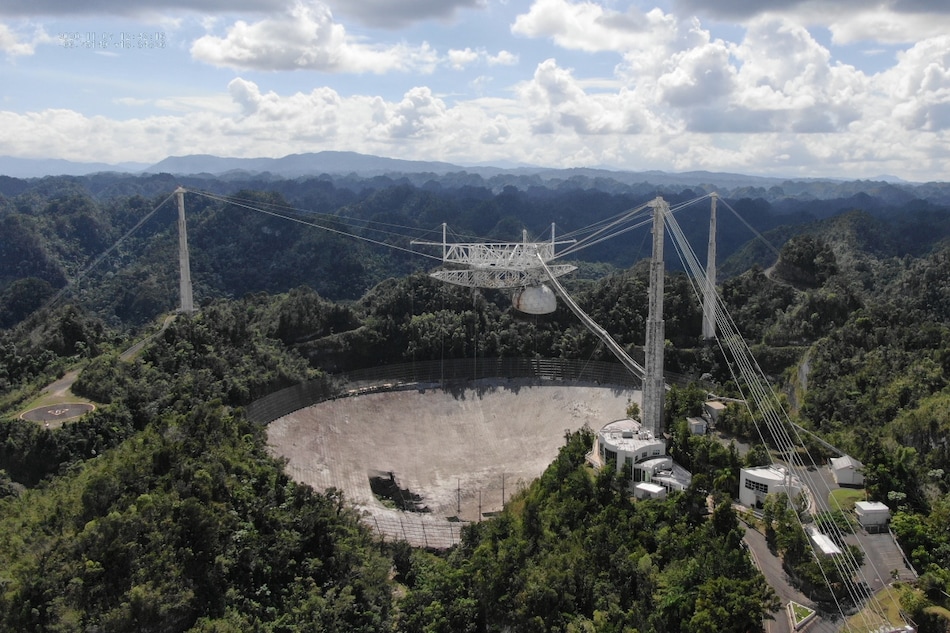 The renowned Arecibo telescope in Puerto Rico will be dismantled after 57 years of service due to the rupture of cables that have led to the threat of collapse, the US National Science Foundation announced Thursday.

Two cables supporting the 900-ton instruments for the telescope above a radio dish 1,000 feet (305 metres) in diameter broke on August 10 and November 6.

Engineers are concerned other cables could also break at any time, making any attempt at repair excessively dangerous.

The telescope is one of the largest in the world and has been a tool for many astronomical discoveries.

“For nearly six decades, the Arecibo Observatory has served as a beacon for breakthrough science and what a partnership with a community can look like.”

Using the hashtag “WhatAreciboMeansToMe”, messages of sadness at the news spread on Twitter from both professional and amateur astronomers who have used the telescope for their work in observing the cosmos for decades.

“More than a telescope, Arecibo is the reason I am even in astronomy,” local astronomer Kevin Ortiz Ceballos wrote on Twitter.

Karen Masters, astrophysics professor at Haverford College in Pennsylvania, posted a photo of herself and her baby daughter near the radio dish in 2008 and said she was “heartbroken and disappointed.”

An action scene from the James Bond film GoldenEye takes place above the telescope, and in the film Contact an astronomer played by Jodie Foster uses the observatory in her quest for alien signals.

The engineering company that examined the structure concluded that the remaining cables were possibly weaker than expected and recommended controlled demolition, which the foundation accepted.